SuperRare in SoHo: NFTs in the Real World – CoinDesk 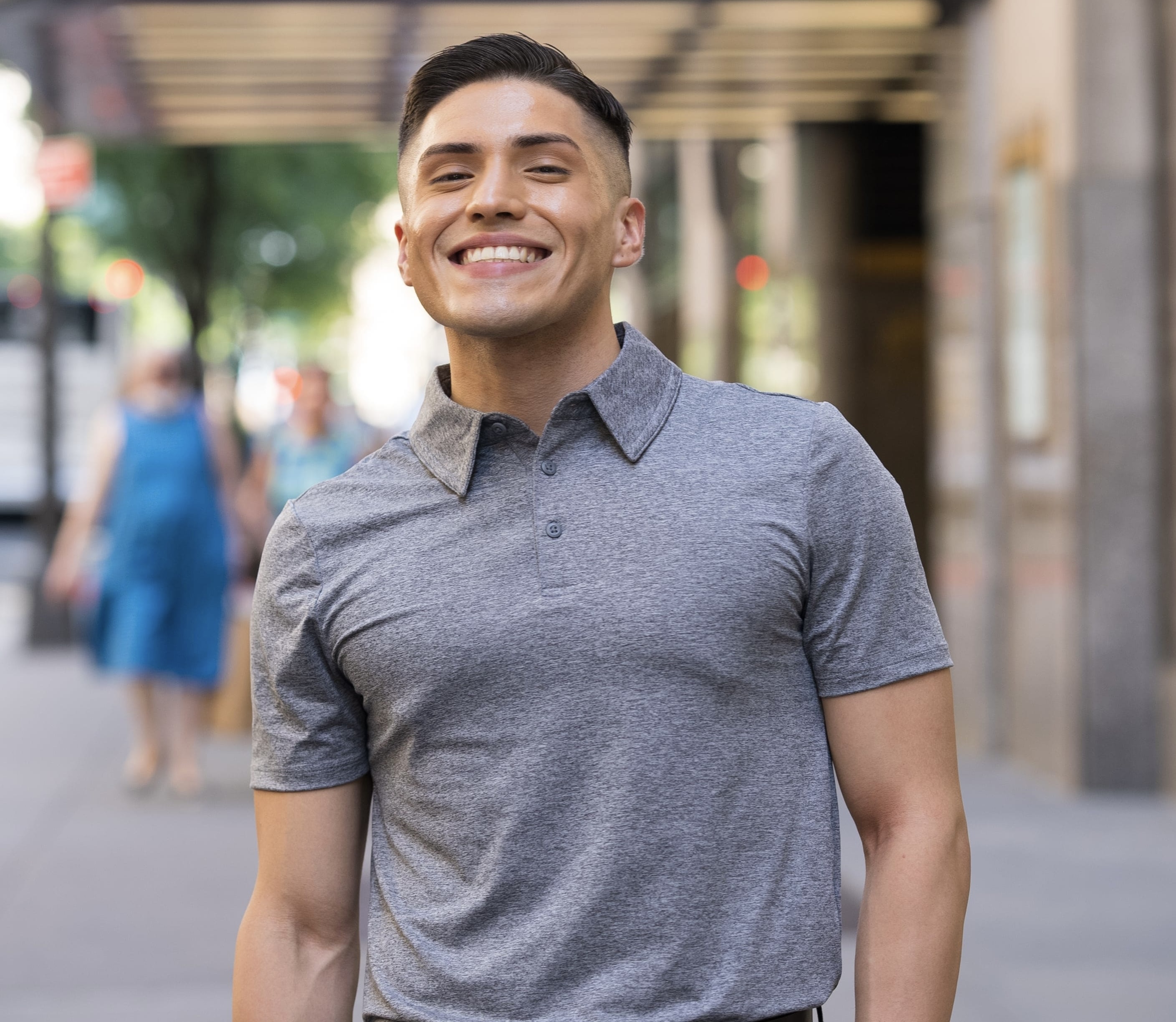 SuperRare, a digital art market on Ethereum’s blockchain powered by the RARE token, debuted its first pop-up gallery on May 19 in SoHo, the historic New York City neighborhood known internationally for its affinity for artists and their art work.

The gallery’s opening is a prime example of the metaverse, a digital reality that exists both in the people’s collective imagination and across a network of computer nodes. It too looks to establish its physical footprint in art history.

This piece is part of CoinDesk’s Metaverse Week

The brightly lit, two-story exhibition, curated by An Rong and Mika Bar-On Nesher, centered around pieces from 15 SuperRare artists that touched on sci-fi and cyberpunk, themes integral to the idea and concept of the “metaverse.” The gallery, which will be open to the public until August 28, is looking to revolutionize how we relate to art in an increasingly digital age.

Before SoHo welcomed a virtual world, it was made famous in the 1960s when artists flocked to the district, enticed by its open spaces, large windows and cheap rent. By the following decade, an area once known for its industrial job churning workforce and influx of businesses and artists, was plagued by displacement, prompting some of its tenants to move out.

Despite tumultuous conflict and division, it did not stop SoHo from blossoming. Today, the coveted neighborhood serves as the ideal spot where the meaning of art can be explored.

Visions from Remembered Futures is the marketplace’s first in real-world experience. In the past, SuperRare’s artwork has lived on a seventh floor gallery in the metaverse of Decentraland, a 3D-based platform that gives users the ability to buy virtual plots of land.

The digital marketplace has come a long way from its four-person startup once operating out of a coffee shop in Brooklyn, New York. Before the gallery found a home in the bustling streets of SoHo, Chief Product Officer Jonathan Perkins said that he and CEO John Crain would travel through Europe with backpacks full of iPads, constructing DIY gallery pop-ups where they could.

That experience gave them the leverage to take it a step further.

Perkins told CoinDesk during the gallery’s opening that “while digital is great, and the metaverse is exciting, having physical spaces to come together and enjoy art is important.”

But it isn’t just about the art, Crain adds. With physical spaces, and more specifically with debut exhibitions, audiences have the opportunity to interact with the artists and learn more about them. “It humanizes their artistic process,” he said.

While the duo did not disclose the cost of the gallery space, nor the cost of putting on the exhibition itself, Perkins did note that it is “certainly the nicest and most high production value.”

Mika Bar-On Nesher, the exhibition’s curator and production head, sees a shift in the way non-fungible tokens (NFTs) will be used.

She compares that shift to her background in traditional art and explains one of the biggest misconceptions: For traditional art systems, NFTs combined with digital art “may actually be quite scary to embrace.” In part, because it empowers the artist.

“It completely revolutionizes the structures that exist right now in a way that has implications into the future,” Nesher said. “It’s not a trend, it’s a revolution in the way we monetize and experience art.”

Nesher’s comments come at a time when the burgeoning industry is shifting the conversation of what ownership can look like, what it can mean and in what ways cryptocurrencies play a role in disrupting the financial status quo.

Flowty founder Michael Levy recently alluded to a similar point during CoinDesk’s Road to Consensus “The Future of NFT Investing” Twitter spaces. Levy notes that it can be “dangerous to take old school valuation approaches from older technology or from previous generations of collectibles and utility products and apply that sort of valuation thinking to future projects.”

An Rong, the exhibition’s senior curator, found that new technology in tandem with NFTs were more of a reason to put on the exhibition.

Her first experience into NFTs came after earning her museum studies degree earlier this year. She jokingly shares a conversation she had with a friend and Ethereum researcher who suggested that “a blockchain could solve everything.”

The NFT industry more broadly is projected to continue expanding in droves.

In January, banking behemoth Jefferies adjusted its market capitalization for NFTs to more than $35 billion for 2022. It predicts the industry will be worth upwards of $80 billion by 2025.

Data from blockchain analytics firm Nansen indicates that the total number of users buying and selling NFTs per week in 2022 has been typically higher than users in 2021.

While users may be categorized as both a buyer and seller within the same week, the number of wallets trading NFTs per week during 2022 has been greater than 300,000, except for the one week closing on May 16, 2022, which may be due to the lasting effects of Terra’s UST stablecoin collapse.

Meanwhile, SuperRare’s marketplace has seen an estimated $240 million worth of buying and selling of NFT-based digital art. Artists earn revenue on both original sales and resales.

Getting in meant changing the narrative

For NESSgraphics, finishing up his digital studies at University of Connecticut was making him feel like he was stuck in some repetitive cycle. He was looking to get out, often skipping classes for days at a time. But for good reason, and one that his professors, although weary, supported.

“I realized if I just kept doing what I do in these classes, I was just going to get spit out with everyone else, and essentially be just another number,” NESSgraphics told CoinDesk during the gallery’s opening.

He turned to social media, and began posting his artwork on Instagram, where he caught the attention of music industry executives. At the time, making graphics for pop rock band Imagine Dragons seemed to be more up his alley. And so, he pursued the unknown.

But the unknown was plagued by the COVID-19 pandemic, which destroyed the live music industry. And although NESSgraphics helped produce art for other prominent artists, such as Megan Thee Stallion, “the streaming shows were not the same.” By 2020, NESSgraphics had stumbled across SuperRare and dived in.

Instead of creating visuals based on other people’s visions, like he did while working in the live music industry, NESSgraphics was able to work on projects for longer periods of time, all while generating a higher income level for himself, via NFTs and SuperRare.

For example, five weeks worth of work in creating visual images for Imagine Dragons resulted in just $18,000 flowing into his pockets.

In terms of yearly income, before his dive into NFTs, NESSgraphics was making upwards of six figures a year, roughly $120,000.

Sure, it was good, but NFTs are more lucrative. “You can make that in a day,” he said, in addition to the royalties in the background.

Take for instance “R4G3QU1T.,” a one of a kind NFT that NESSgraphics minted on SuperRare a month ago. A user that goes by the name “artifaction” purchased it nine days ago for 55 ETH, roughly $115,032.

The story of NESSgraphics is unique because there isn’t another NESSgraphics nor another “R4G3QU1T.” NFT, and yet his lived experiences in both the physical and digital world reflect the larger sentiment where artists who specialize in digital creations are empowered and celebrated.

“This is a new chapter in galleries,” Rong said following the exhibition.

The Festival for the Decentralized World

Save a Seat Now

Please note that our

do not sell my personal information

The leader in news and information on cryptocurrency, digital assets and the future of money, CoinDesk is a media outlet that strives for the highest journalistic standards and abides by a

strict set of editorial policies. CoinDesk is an independent operating subsidiary of

Digital Currency Group, which invests in

startups. As part of their compensation, certain CoinDesk employees, including editorial employees, may receive exposure to DCG equity in the form of

stock appreciation rights, which vest over a multi-year period. CoinDesk journalists are not allowed to purchase stock outright in DCG.

Sign up for The Node, our daily newsletter bringing you the biggest crypto news and ideas.