Welcome to another edition of Crypto NFT Today! If you enjoy cryptocurrency, NFTs, and riding emotional rollercoasters, this is the place to be.

Are you ready for the crunch? Let’s get started.

More than $370 million in funds is mysteriously missing from from the FTX exchange. The now bankrupt crypto firm is warning users to stay off its website fearing a hack.

The potential hack occurred Friday after FTX filed for bankruptcy. Ryne Miller, FTX US’s general counsel, said in a Saturday tweet that FTX and FTX US had started moving all digital assets to cold storage —crypto wallets that aren’t connected to the internet — after the filing.

A rival crypto exchange said Saturday it knew the identity of the alleged hacker and would help authorities in their investigation.

Some analysts have suggested the hacker could be FTX founder Sam Bankman-Fried himself, although the comments currently amount to speculation. 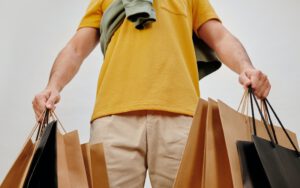 Kevin O’Leary Was Going to Help Bail FTX Out

Shark Tank star and venture capitalist Kevin O’Leary reportedly attempted to stem FTX’s liquidity problem before it filed for bankruptcy but was thwarted by by comments from U.S. Securities and Exchange Commission Chairman Gary Gensler.

According to O’Leary, he was receiving an influx of “inbound requests” from sovereign wealth and pension funds interested in helping fix FTX’s cash crunch. Bankman-Fried told O’Leary that FTX was looking for $8 billion.

As a deal was approaching, Gensler made a comment suggesting the crypto industry was “significantly non-compliant” and in need of more regulation.

“The minute that occurred, that was the end of any sovereign wealth fund’s interest,” said O’Leary. “There was no way to get that $8 billion onto the balance sheet of FTX with the regulators hovering overhead.”

Sam Bankman-Fried, Other Top Execs, Look to Flee to Dubai

According to CoinTelegraph, FTX founder and former CEO Sam Bankman-Fried and several FTX and Alameda Research executives are still in the Bahamas but are looking to flee to Dubai.

FTX was headquartered in the Bahamas, making it a reasonable assumption the disgraced CEO is hiding out there as he faces multiple fraud charges. Now, CoinTelegraph is reporting people familiar with the matter have confirmed the whereabouts of Bankman-Fried, Alameda Research CEO Caroline Ellison, and other executives.

Should Bankman-Fried and his former team successfully reach Dubai, they will most likely be detained and sent back to the United States, however, as the US and the UAE have an agreement on evidence sharing, judicial cooperation, and assistance in criminal investigations and prosecutions.

The fall of FTX has thrown the crypto world into crisis mode. Now, we must begrudgingly assess the fallout with a crypto price update:

Author Bio: Innovation & Tech Today features a wide variety of writers on tech, science, business, sustainability, and culture. Have an idea? Send it to submit@innotechtoday.com